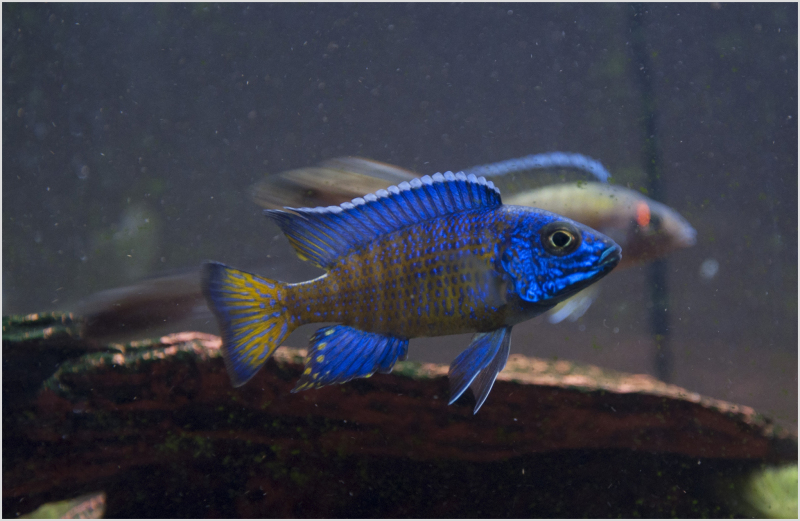 This is also one of my new fish purchased about a month ago. Usually when I have bought fish in the past the color has been extremely grey/brown, which is usually evidence of a stressed fish or a female. This fish was just as colorful when I purchased him, after he had been out of the tank for hours, as he is in the tank. The dealer said he wasn't sure if he was going to part with the fish due to it's color, so I was lucky to have purchased quite the male.
I have other fish in the tank, but most are not as colorful, so I won't be adding pictures of them. Not sure when I will post again, but spring is on its way!